When I first started working on this my friend Sam was cool enough to paint a sample mood page for me.

Some of my initial ideas are reflected in these panels, especially my thoughts on the green Martians and the more direct ties to the Civil War era Carter is from. 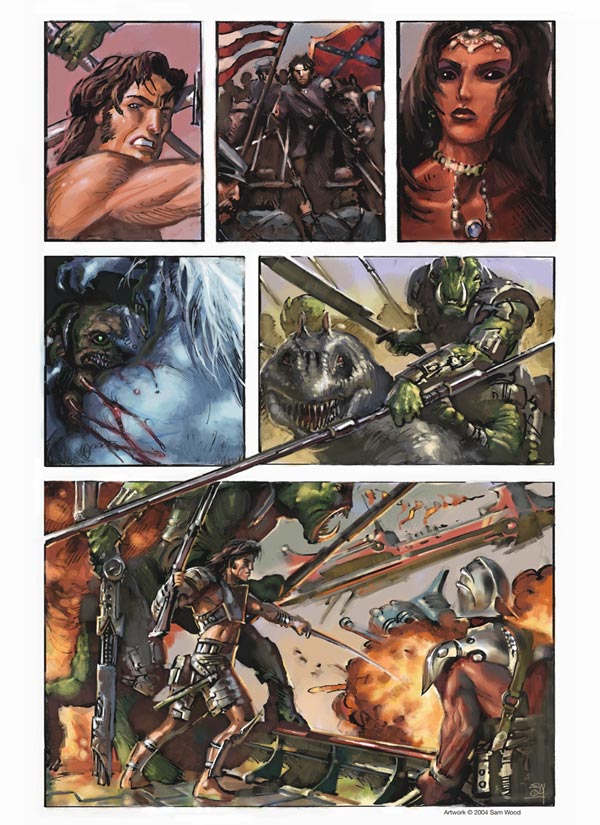